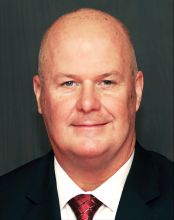 Richard J. Whalen, Secretary-Treasurer of UFCW Local 464A, began his union career as a member of the International Chemical Workers Union, Local 271 in 1973. At the time of his initial union membership, he was employed at Hercules, Inc., a smokeless powder enterprise in Parlin, NJ. Recognizing the vital role that union membership can play in the well-being of workers and their families, Rich became actively involved with his local union, serving as a Shop Steward, Secretary-Treasurer, Grievance Chairman, and ultimately as President.

In 2011, Rich was promoted to Collective Bargaining Representative for UFCW Region 2, headquartered in Philadelphia and comprising the mid-Atlantic from Pennsylvania to Florida. He later assumed the same role at UFCW Region 1 in Little Falls, NJ, comprising the Northeastern U.S. from New York and New Jersey to Maine. He continued his UFCW advancement in 2004, becoming Executive Assistant to the Director of Collective Bargaining at UFCW headquarters in Washington, DC. In 2005, at the request of UFCW International President, Joe Hansen, Rich assumed the position of Director of Region 1 and at the start of 2006 was elected to serve as Vice President on the International Union’s Executive Board.

At the retirement of long-time UFCW Local 464A Secretary-Treasurer, Ray Rando, in December 2013, Rich accepted his current position at Local 464A. He resides in East Brunswick, NJ with his wife, Eileen, and four children.